The main one, regardless of whether you’re at $0 per month or $100,000 per month: Bring people value that they’re willing to pay for. How can you do this?
Read more
Community

Facebook is co-opting some of the top video chat innovations like Zoom’s gallery view for large groups and Houseparty’s spontaneous hangouts for a new feature called Rooms. It could usher in a new era of unplanned togetherness via video.
Read more
Graphic Design

Here are 9 fundamental tips of text copy on UX design that will enhance your product and, most importantly, your user’s experience.
Read more

Larry Page the co-founder of Google gave a talk at University of Michigan and shared a few tips about being successful with startups and also in life.

Here are the 6 tips summarized for you from his speech —  The sentences below each tip are his own words.

“You know what it’s like to wake up in the middle of the night with a vivid dream?

And you know how, if you don’t have a pencil and pad by the bed to write it down, it will be completely gone the next morning?”

When I suddenly woke up, I was thinking:

what if we could download the whole web, and just keep the links and… I grabbed a pen and started writing!

Sometimes it is important to wake up and stop dreaming.”

“I spent the middle of that night scribbling out the details and convincing myself it would work.

Soon after, I told my adviser, Terry Winograd, it would take a couple of weeks to download the web – he nodded knowingly, fully aware it would take much longer but wise enough to not tell me. ”

“The optimism of youth is often underrated!

Amazingly, I had no thought of building a search engine. The idea wasn’t even on the radar.

But, much later we happened upon a better way of ranking webpages to make a really great search engine, and Google was born.”

“When a really great dream shows up, grab it!”

“When I was here at Michigan, I had actually been taught how to make dreams real!

I know it sounds funny, but that is what I learned in a summer camp converted into a training program called Leadershape.”

“Their slogan is to have a “healthy disregard for the impossible”.

That program encouraged me to pursue a crazy idea at the time:

I wanted to build a personal rapid transit system on campus to replace the buses. It was a futuristic way of solving our transportation problem.”

“I still think a lot about transportation – you never lose a dream, it just incubates as a hobby.

Many things that people labor hard to do now, like cooking, cleaning, and driving will require much less human time in the future.

That is, if we “have a healthy disregard for the impossible” and actually build new solutions.”

“I think it is often easier to make progress on mega-ambitious dreams.

I know that sounds completely nuts. But, since no one else is crazy enough to do it, you have little competition. There are so few people this crazy.” 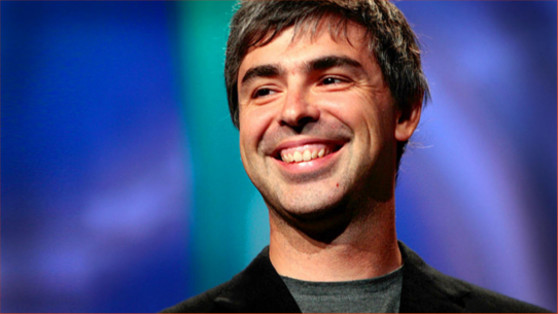 3.Work on something uncomfortably exciting!

“The best people want to work the big challenges. That is what happened with Google.

Our mission is to organize the world’s information and make it universally accessible and useful.

How can that not get you excited?

But we almost didn’t start Google because my co-founder Sergey and I were too worried about dropping out of our Ph.D. program.”

“You are probably on the right track if you feel like a sidewalk worm during a rainstorm!

That is about how we felt after we maxed out three credit cards buying hard disks off the back of a truck.

That was the first hardware for Google. Parents and friends.. more credit cards always help. ”

“What is the one sentence summary of how you change the world?

4.Aim to be more lazy

“As a Ph.D. student, I actually had three projects I wanted to work on. Thank goodness my adviser said, “why don’t you work on the web for a while”.

Technology and especially the internet can really help you be lazy. Lazy? ”

“What I mean is a group of three people can write software that millions can use and enjoy.

Can three people answer the phone a million times a day?

Find the leverage in the world, so you can be more lazy!”

“Many of us are fortunate enough to be here with family.

Some of us have dear friends and family to go home to.

And who knows, perhaps some of you, like Lucy[Larry’s wife] and I, are dreaming about future families of your own.

Just like me, your families brought you here, and you brought them here.

Please keep them close and remember: they are what really matters in life.”

A long while ago, before Larry was born, in this same university(University of Michigan), there was a cafeteria and student volunteers used to help out in cleaning the kitchen once ever 10yrs or so.

A college girl named Gloria climbed up high on a ladder and was struggling to clean that dirt-laden ceiling. Standing on the floor, a young boarder named Carl was admiring the view. They eventually fell in love and later got married.

They were none other than Larry’s parents.  Their kids too ..everyone in their family went to school here at Michigan: Larry, his brother, his Mom and Dad.

Ok, back to the topic… 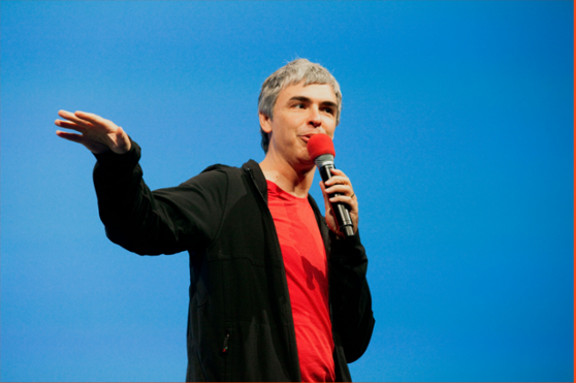 6.Now is the time to start, we need you

“Overall, I know it seems like the world is crumbling out there, but it is actually a great time in your life to get a little crazy, follow your curiosity, and be ambitious about it”.

“Don’t give up on your dreams. The world needs you all!”

Nine Facts of Fundraising You Need To Know

“Hey Brett, I’m going to be on vacation for the next couple of weeks. I’ll pick up the diligence when I get back,” Tucker...

How to Optimize Your T-Shirt Designs for Max Wearability

We want people to wear the shirts we make. And sometimes, despite top-notch graphics, it’s subtle misfires that keep these shirts on the hangers...

Six Common Mistakes To Avoid As A New Entrepreneur

At a time when starting a business can be easier than deciding what you want for breakfast, it's easy to get caught up in...

How To Achieve Product-Market Fit

When your product is being ripped out of your hands by eager customers and you cannot keep up with their demand for more, you...

13 Tactics Businesses Can Use To Capitalize On The DIY Craze

www.creattiv.net  - Many businesses realize that consumers are getting more conscious about their spending. While in the past a customer might consider tossing out...

Build to Beta: Five Tips for Launching a Digital Product with MVP

How To Become a Better Entrepreneur: Pricing, Customer Service, and Market Strategy

Three Ways God Tests You Through Your Finances by Rick Warren

A Checklist to Improve Your Product UI (With Examples)

Startup Ideas (I wish someone would work on)

How To Decide Your First Startup App Features

How To Decide Your First Startup App Features